Maximizing attendance and exposure for the Canadian Squash Championships 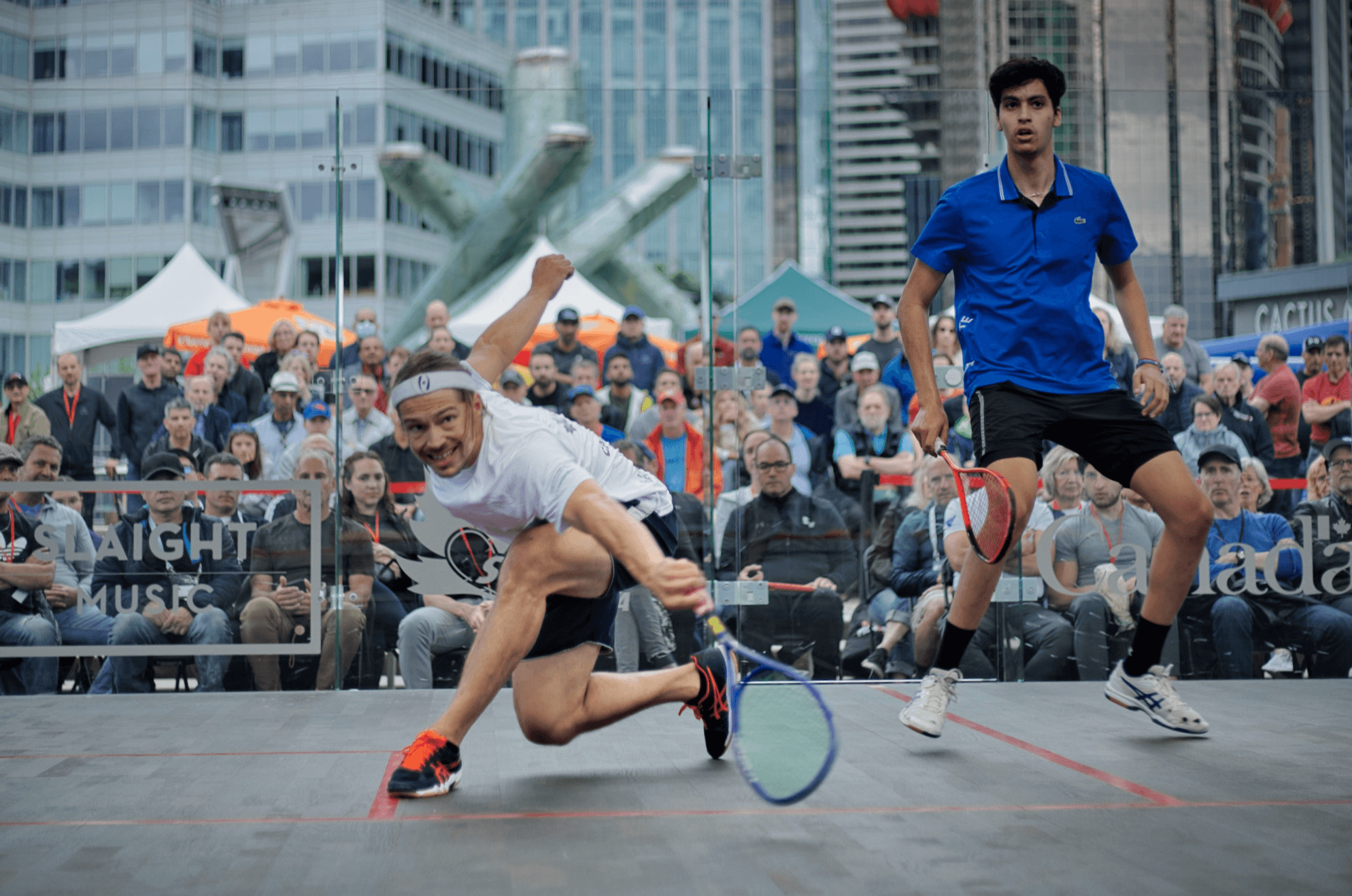 A unique opportunity for a national sports league

Squash Canada hosted its national championships outdoors for the first time ever in 2022, thanks to an amazing all-glass squash court that was built next to the olympic torches on the Downtown Vancouver waterfront.

Hosting the 2022 Nationals outdoors in the heart of Downtown Vancouver was an incredible opportunity to spread awareness of the fast-paced game, and the Squash Canada team knew they had to make the most of this opportunity.

While Squash Canada excelled in fundraising, event budgets, coordinating players, and court logistics for their first-ever outdoor Canadian Squash Championships, they needed help with event branding and spreading awareness of the event through traditional and social media.

“It was incredible seeing record numbers of athletes—both amateur and professional—come from all over the country to compete in the National Championships.”

Tactical marketing for a renowned brand

To commemorate the event, the Brandcamp team designed an event logo that captured the iconic venue backdrop featuring the Pacific Ocean and The Two Sisters (Ch'ich'iyúy Elxwíkn) of the North Shore mountains. This event logo was used for tournament signage, posters, brochures, commemorative apparel, banners, and press releases.

To effectively share event information, without diluting it across the primary Squash Canada social media channels—which have a broader focus—we created new event-specific channels to promote and share information about the national tournaments. Brandcamp provided social media management of these new channels for the two months leading up to the event, the duration of the event, and two weeks afterwards.

The tournament had record athlete registration, with over 400 athletes and a $20K prize purse.

Daily posts across the new Twitter, Instagram, and Facebook channels throughout the tournament week  gathered over 10,000+ impressions. 100+ Instagram daily stories were also created and shared throughout the week to showcase athlete bios, and a daily schedule of the action on the glass court was pinned as a highlight.

Pictures of the spectacular oceanside glass court were posted on local and international subreddits, and accumulated 43.6K views, 402 upvotes, 36 comments, and 96 shares. Reddit was used to expose the sport to the general public, as compared to the engaged squash audiences of the other social media accounts.

CBC Gem live-streamed the event nationwide over the span of 4 days. Written and radio coverage was also obtained with CBC, Global News, Globe and Mail, Daily Hive, and Vancouver is Awesome.

"Brandcamp Digital came onboard our event project and delivered. Their quick understanding of what we were looking for, patience with our processes, action on ideas, and attention to detail were all excellent. [Their] time and services gave us so much exposure at a very large and important event!”