Where are the women in your C-Suite. 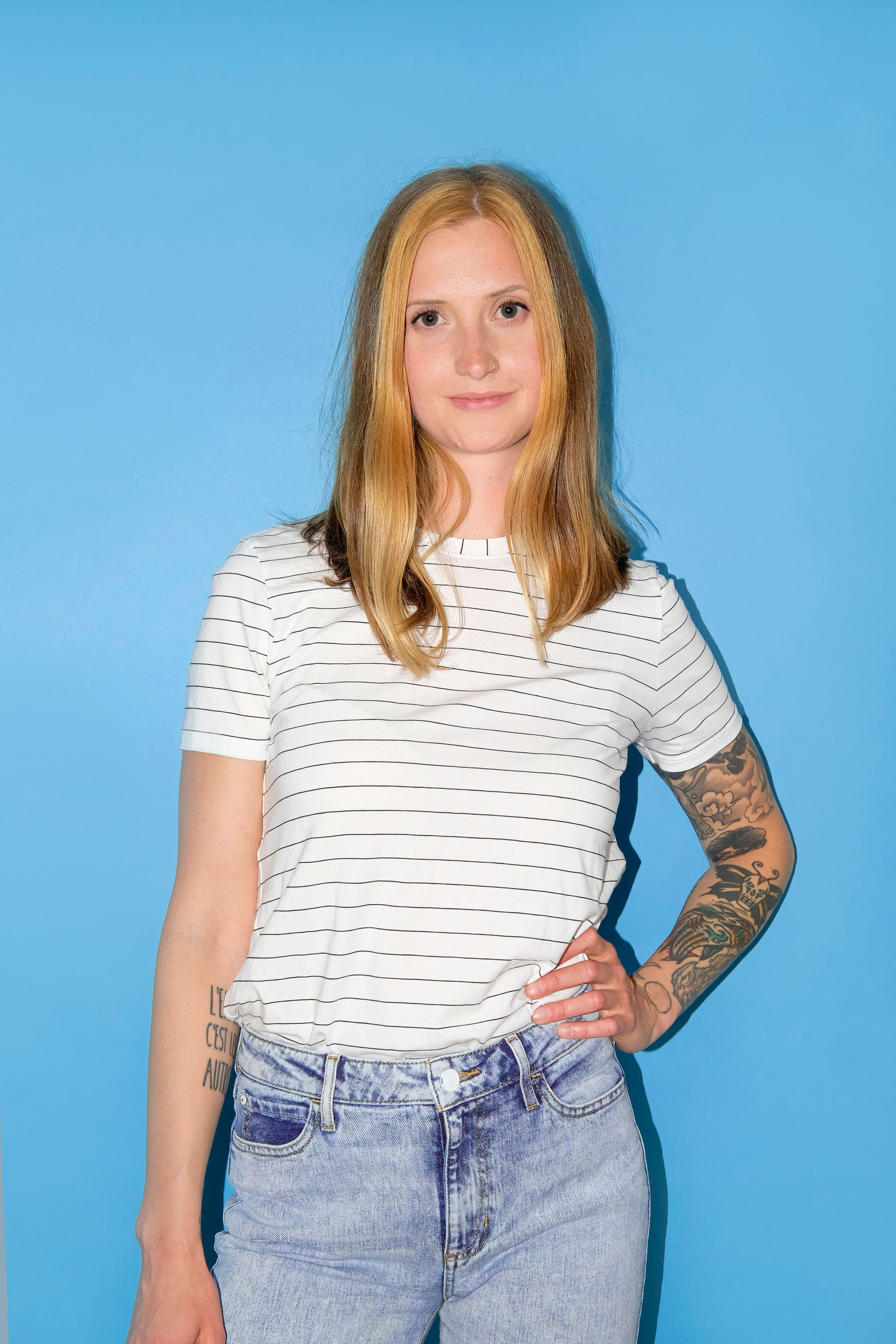 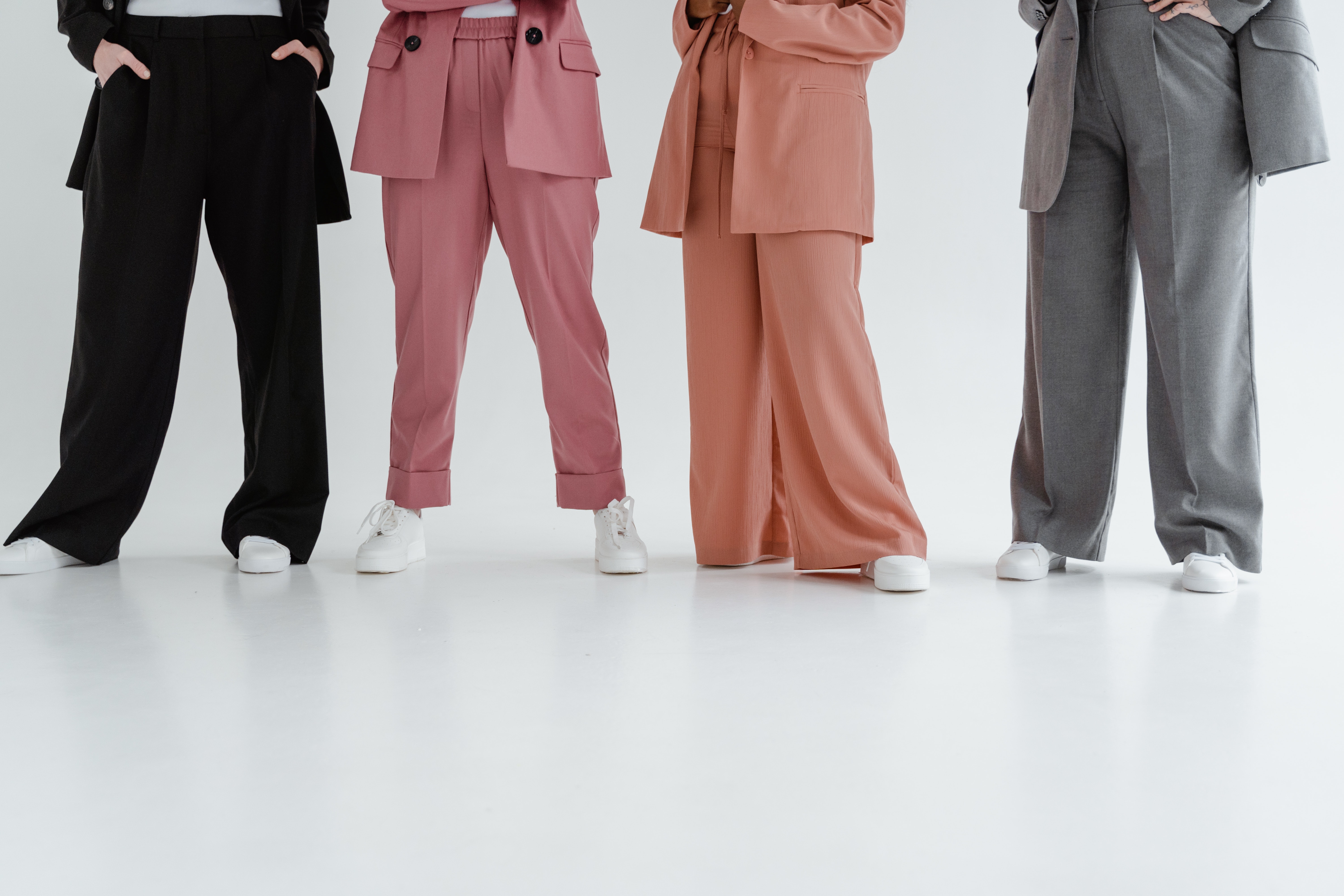 You’ll notice the title of this post ends with a period, not a question mark. I’m not here to question why women aren’t offered senior management roles, why we aren’t supported, championed, and set up to manage high-level responsibilities.

What I want to know is, how, after women have spent more than half a century in the workforce, are we not seeing equal opportunity. I want to know how it’s possible that every time I interview a top executive for an article, they are overwhelmingly male.

This is an outward call to all the CEOs, CFOs, CMOs, and so on, in Vancouver, Canada, and beyond: Where are the women in your C-Suite.

This is a statement, not a question.

Here are a few recent stats on the state of women in executive positions:

Barriers to women in C-level positions

Let me start out by saying that the number of women in C-level positions has been steadily increasing in recent years. That being said, just because things are getting better, doesn’t make them good.

In 2019, the number of women in senior management positions grew globally by 29% which was the highest number ever recorded. In 2020, this percentage remained the same.

Yet, as we can see from the stats above, women are still woefully underrepresented in C-level positions.

This is confusing, especially because statistically women are:

One of the biggest barriers to women getting C-level positions is opportunity.

Profit and loss (P&L) experience remains one of the main qualifiers for C-level roles, yet only 42% of women leaders have had the opportunity to approach this experience.  This is largely due to the fact that the majority of women start their corporate careers in marketing, human resources, or legal departments where P&L responsibilities are not common.

Without this experience, women need sponsorship and connections to move them up the ranks.

Yet, according to Mckinsey’s “The present and future of women at work in Canada” report, women at senior levels have fewer sponsors and champions than men. Additionally, the majority of employees have sponsors of the same gender, which leaves women at a disadvantage as they are 2.5 times more likely to be the only person of their gender in a room at work.

Other effects, such as the burden of childcare, homemaking, sexism, and economic conditions (like those brought on by the COVID-19 pandemic), only move women further away from C-level positions.

The pandemic’s effect on women in the workforce

In the first two months of the COVID-19 pandemic, a study by RBC found that the number of women participating in the Canadian workforce dropped from 61.2% to 55.5%-- the lowest number seen since the mid-80s.

The same study also found that women’s employment has been slower to rebound. While 51% of job losses were women, we saw only 45% of job gain.

The hardest-hit industries were female-dominated, such as retail, accommodation, and health care.

Women are still more likely to bear the burden of child care. Employment among mothers with toddlers and school-aged children fell by 7% during this time, while men with children of the same age saw only a 5% fall. Single mothers took an even bigger hit, with employment down 12%, while single fathers saw a decline of only 7%.

Those who remained in the workforce faced career-altering changes. Working from home means no more in-person networking, further displacing us from the champions and sponsors we need. Training and development initiatives often take a back seat as businesses grapple with pandemic restraints. Further, confusing boundaries between work and home result in more responsibility for working mothers than their male counterparts.

Before the pandemic, Canada was getting closer to economic equality, with women earning 42% of household income. Yet, as the country began to re-open, most jobs were created in goods-producing sectors where male employment is dominant. In June of 2020, when job gains were up by 1 million, women still made up 56% of jobs lost during the pandemic.

As we move into recovery stages, women are still expected to be at a loss, even in traditionally female-dominated industries. Accommodation and food services, for example, are expected to be 19% less than pre-COVID levels, whereas employment in male-dominated science and technical services is expected to see a full recovery.

*A big thank you to RBC for creating this important report in 2020.

How organizations can bridge the C-level gender gap

“Organizational commitment to gender diversity has not resulted in significant progress in women’s representation. Modest progress has been made since 2017. At the entry level, our study shows that women account for 50 percent of employees among the organizations surveyed this year. However, women are underrepresented at every other level, and their representation declines significantly as they move up the ranks.” - Mckinsey, 2019.

This quote says it all for me-- performative justice is not working. Internally, 80% of all organizations claim that gender diversity is a top priority, but only 52% of women see these commitments working.

Less than half of organizations set numeric targets by gender and 38% hold senior leaders accountable for diversity and inclusion (D&I) commitments.

It’s clear that if we truly want to see more women in C-level positions, it needs to be done from the inside out, and this means actions above and beyond diversity and inclusion seminars.

Here are a few ways organizations can promote gender equality in C-level roles:

A note on intersectionality

While the stats above represent women in leadership, I want to point out that disabled women, women of colour, and queer people are still disproportionately underrepresented in these positions. As well, queer, trans, and disabled people of colour face not only lack of opportunity but harassment, aggression, and even violence in the workplace.

While I identify as a queer woman in leadership, I am also a white, able-bodied, straight-passing cis-woman and it feels impossible to not credit some of my professional success to those traits.

As a final note: I implore you to take time this week and find one way to lift up the career of an underrepresented person. This could mean looking over a resume, offering career advice, championing someone’s work, offering a position, or even stepping aside so someone else can step up.

Above and beyond that, take a look at your leadership and evaluate your incoming pipeline.

Consider how you’re ensuring diversity, equality, inclusion, and respect align with the future of your business.

Ask yourself this: Where are the women in your C-Suite?

If the answer is not right there in front of you, it’s time to make a change.

Resources to guide you

Our team has a passion for sharing knowledge. Read our latest insights below. 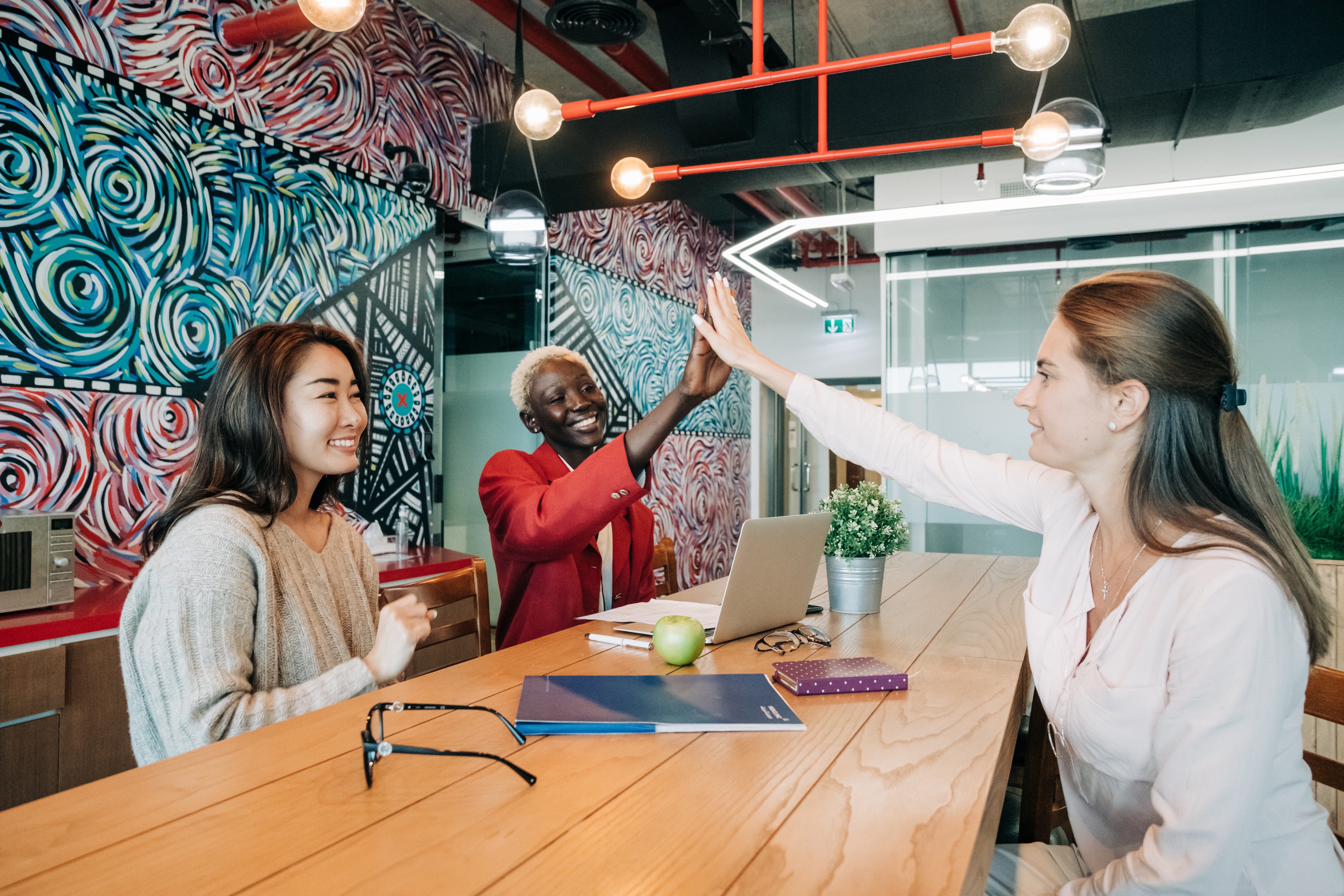 How to win at content marketing in 2023 and beyond

Ready to get your content marketing strategy off the ground? Whether you want to write a blog, design an infographic, or tap into the lucrative world of video marketing, this guide will help you get there. 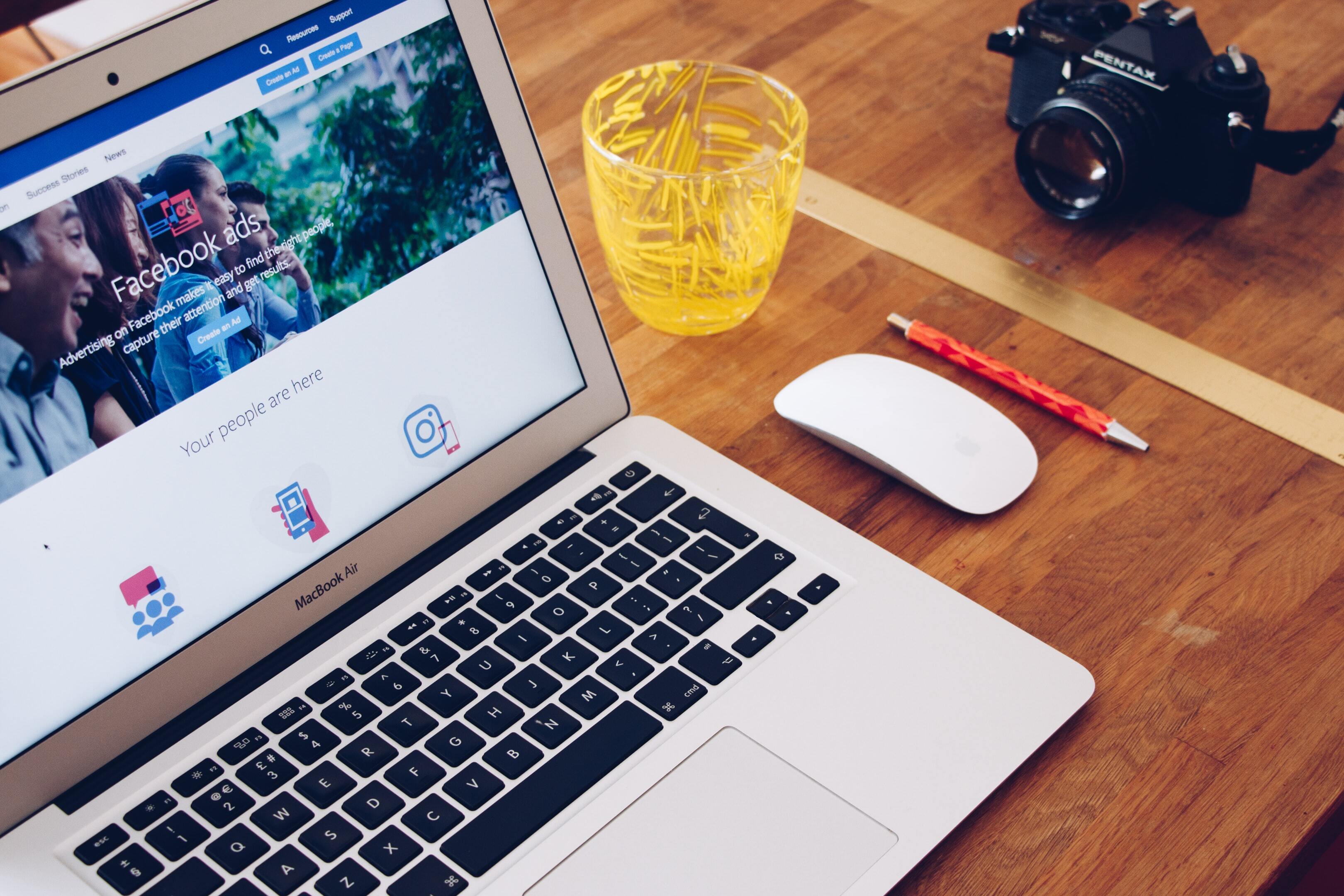 Ever wondered how your biggest competitors approach their digital advertising? Well, you're in luck. You can see every live Facebook ad in the world at any time, using the Facebook Ads Library. In this post, we'll teach you how to use the ads library to your advantage, and how to take your Facebook ads to the moon. 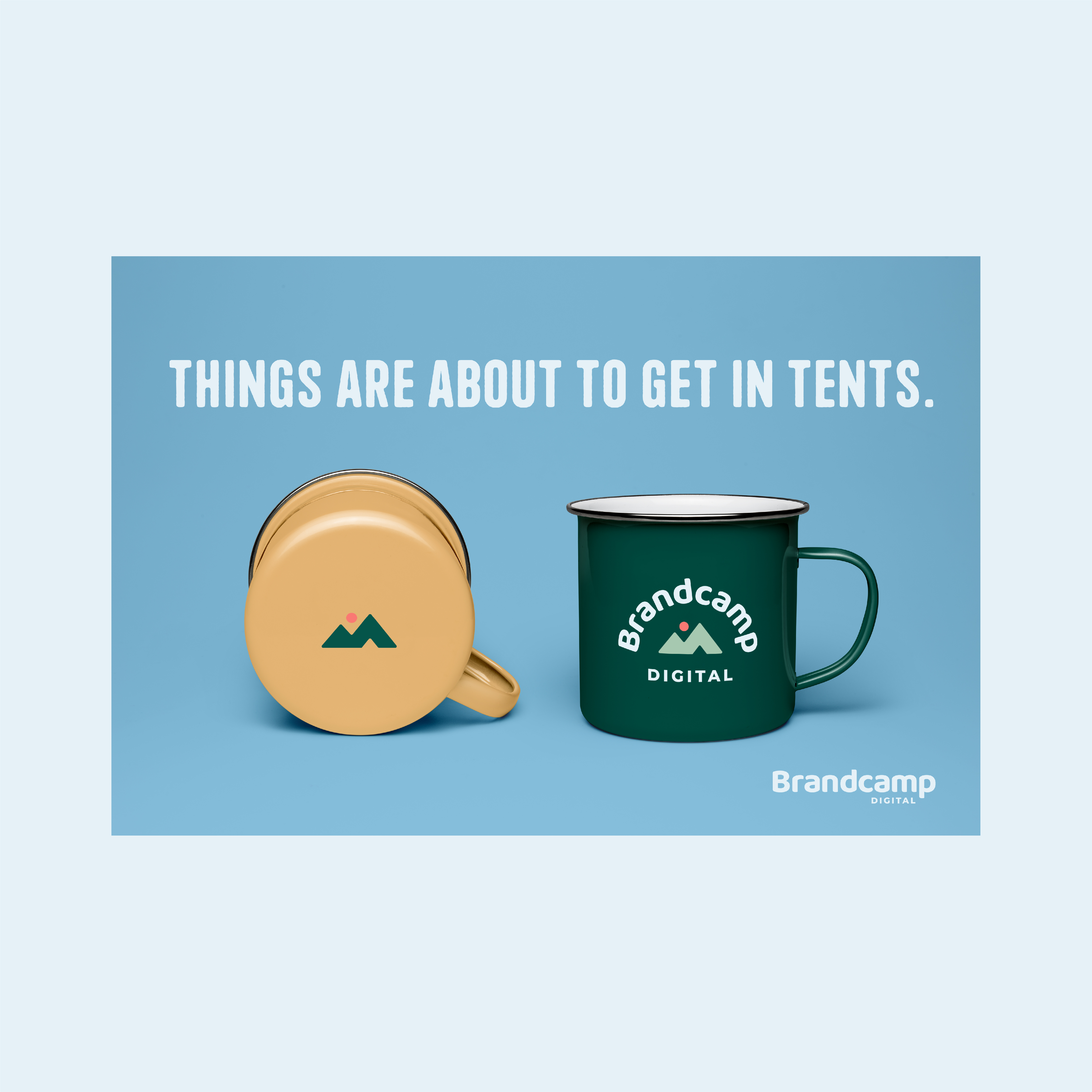 We're welcoming in 2022 with a fresh new look! Check out our logos throughout the years and learn how we got to where we are today. We want to thank our clients, staff, and local partners for their continued hard work and support.

Get digital marketing insights to your inbox.

Thank you for joining!
Oops! Something went wrong while submitting the form.